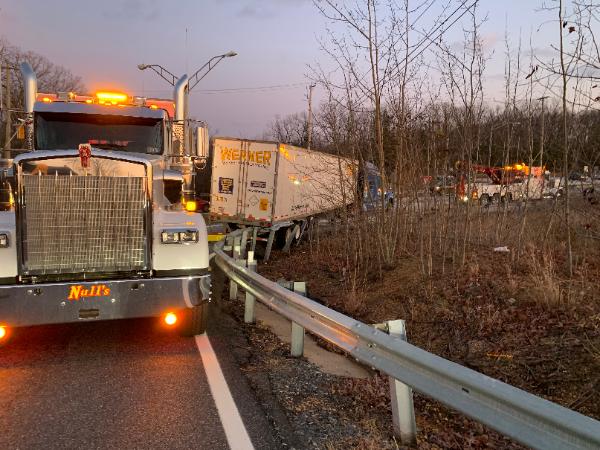 Called for a loaded tractor and trailer that was stuck on Craigtown Road in the area of Perrylawn Dr in Perryville MD.  We
were advised that the unit had gotten off the side of the roadway and that the trailer axles were hanging off the edge of the
roadway.  We were requested to expedite to the scene as the Troopers onscene were ordering the truck and trailer to be
removed immediately.

Based upon the information we were given and the fact that the unit was blocking the roadway, R5 and R6 were dispatched to
the scene.

At that point, a service truck was dispatched to the scene to assist with cutting and removing the damaged guard rail.