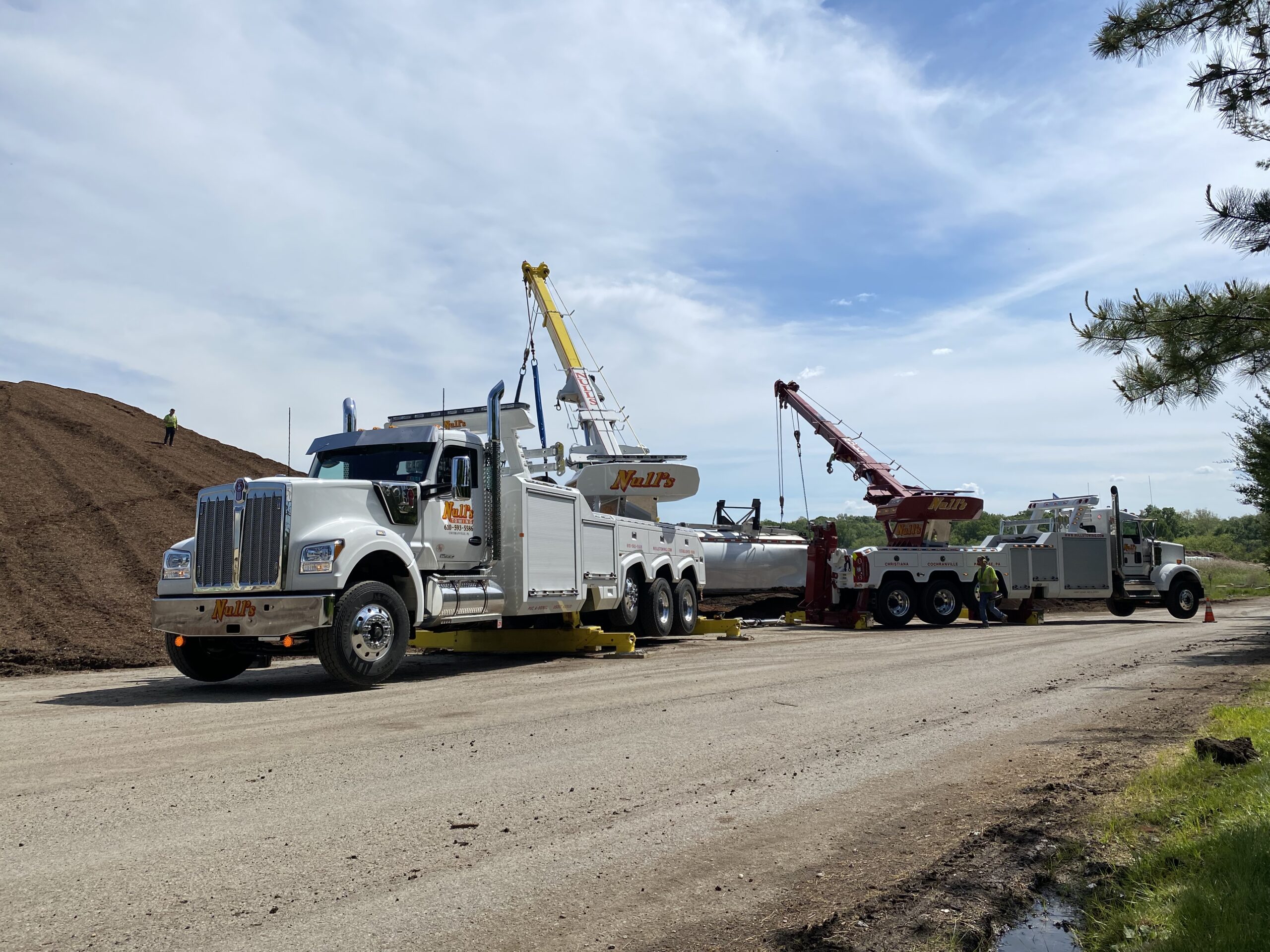 Based upon the information we were given, we dispatched two of our heavy duty sliding rotator recovery units and contacted Null’s Recovery & Site Restoration to respond with one of their incident response units.

Upon arrival, a Mac frameless dump trailer was found to have been dumping on a black-top roadway when the load appeared to have stuck causing the trailer to overturn onto the driver side. As the trailer overturned, the telescopic cylinder pin broke at the base of the cylinder allowing the cylinder to break free. The trailer’s fifth wheel plate staid attached to the tractor’s fifth wheel. Both of the drafting arms were completely broke free, however one of the arms was on top of the truck’s fender.

The cylinder was unbolted from the trailer by NR&SR so that it could be removed. Extreme care was taken to ensure no fluids were spilled, which would condemn the pile the trailer was laying on.

The two rotators worked together to lift the trailer off of the ground and rotate it upside down in mid air to dump the remaining cargo. Once dumped, the trailer was returned back to an upright position.

Once the trailer was upright, the two rotators were returned to travel position. One of the rotators hooked to the front of the trailer and prepared to tow it from the scene. The trailer parts, including the fifth wheel plate were loaded into the trailer. The trailer was transported from the accident scene to Null’s of Cochranville where it was placed in our secure storage yard.