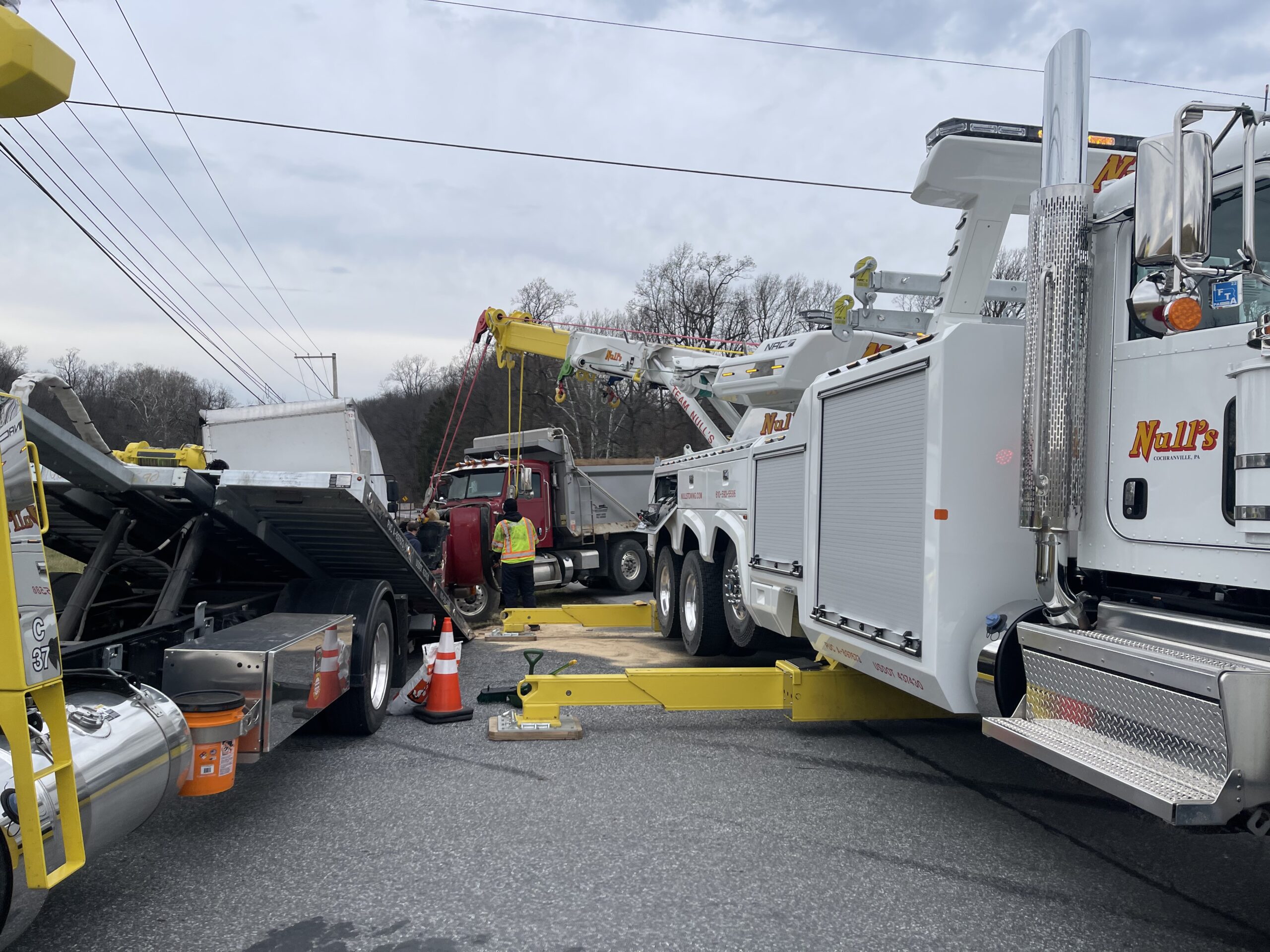 Contacted to respond to Route 472 and Bartville Road for a commercial motor vehicle accident involved a dump truck and a box truck that was reported to be loaded. Upon arrival, it was found that the box truck which was travelling west on Bartville Road entered the intersection in front of the northbound dump truck causing the trucks to collide in the intersection. Both trucks suffered major damage. Both trucks were leaking fluids.

Null’s Recovery & Site Restoration worked to contain and clean up the fluids that had leaked from the trucks.

One of our rotators was used to lift the front of the dump truck and move it clear of the box truck’s fuel tank. The dump truck was then rotated and set back onto the roadway. One of our trucks hooked to the front of the dump truck to tow it from the scene. The driveline was loaded with pressure from the impact, extreme care had to be used while disconnecting it. The truck’s engine and transmission, which were broke loose, had to be chained in place. Air was supplied to the truck to release it’s brakes. While this was being done, the box truck was lifted out of the ditch and recovered back onto the roadway.

The dump truck’s hood and other large pieces were loaded onto one of our rollbacks for transport from the scene.

Both of the trucks were towed from the accident scene to Null’s of Cochranville.

A huge thank you to the Quarryville Fire Department Volunteers for their help at the scene! As always, it is greatly appreciated!