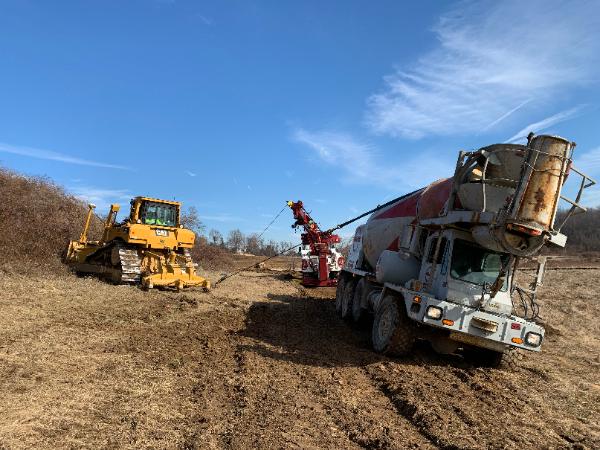 Contacted to respond to the Milford Rd Development in Chester Springs PA for a loaded concrete mixer that was off the
roadway on the jobsite and in danger of overturning.  Based upon the information we were given, trucks R5 and R6
were dispatched to the scene.

Upon arrival, the mixer was found to be several hundred yards from solid ground.  The excavation company onsite was
working to build a roadway for us to access the mixer.

Once the roadway was built, we moved into position to get the truck out of the precarious location.  A strap was placed
over top of the drum to hold the truck upright and prevent it from sliding further down the hill.  Rigging was connected to
the back of the mixer.  The mixer was winched backwards and up the embankment back onto level ground.

The mixer was then able to move under its own power and deliver the load.