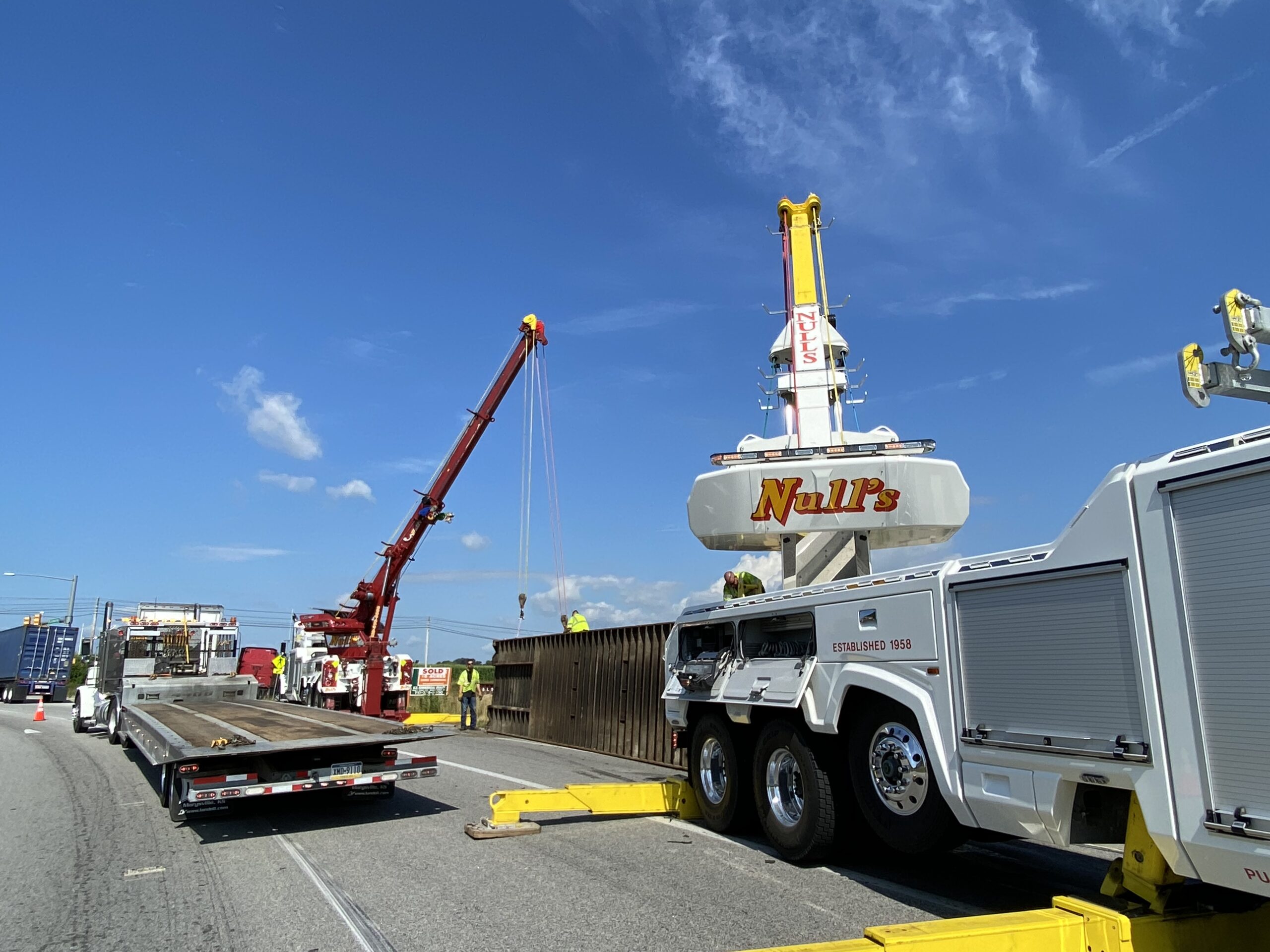 Contacted to respond to Newport Road and Lincoln Highway in Salisbury Township for a loaded tractor trailer that was overturned. Based upon the information that we were given, we dispatched our three heavy duty sliding rotator recovery units to the scene. We also contacted Null’s Recovery & Site Restoration to respond for traffic control and their incident response unit.

It was determined that the container would need to be separated the remainder of the way from the chassis. At that point, our Landoll trailer was dispatched to the scene.

One of the rotators was moved into position to stabilize the chassis so that our crew could begin the process of separating the chassis and the container. Once stabilized, NR&SR assisted us with cutting the compromised lock on the chassis. Once the lock was cut the chassis was pulled away from the container and lowered back to an upright position. The rotator was returned to travel position, the truck and trailer were moved from the immediate area to be prepared to be towed from the scene.

All three pieces were transported from the accident scene to Null’s of Cochranville were they were placed in our storage yard.

Two of the rotators were used to lift the container off of the Landoll. Once lifted, the container was returned to an upright position and set onto the ground. There was a hole in the side of the container from the impact with the guard rail that was covered with plastic wrapping in order to protect the cargo.