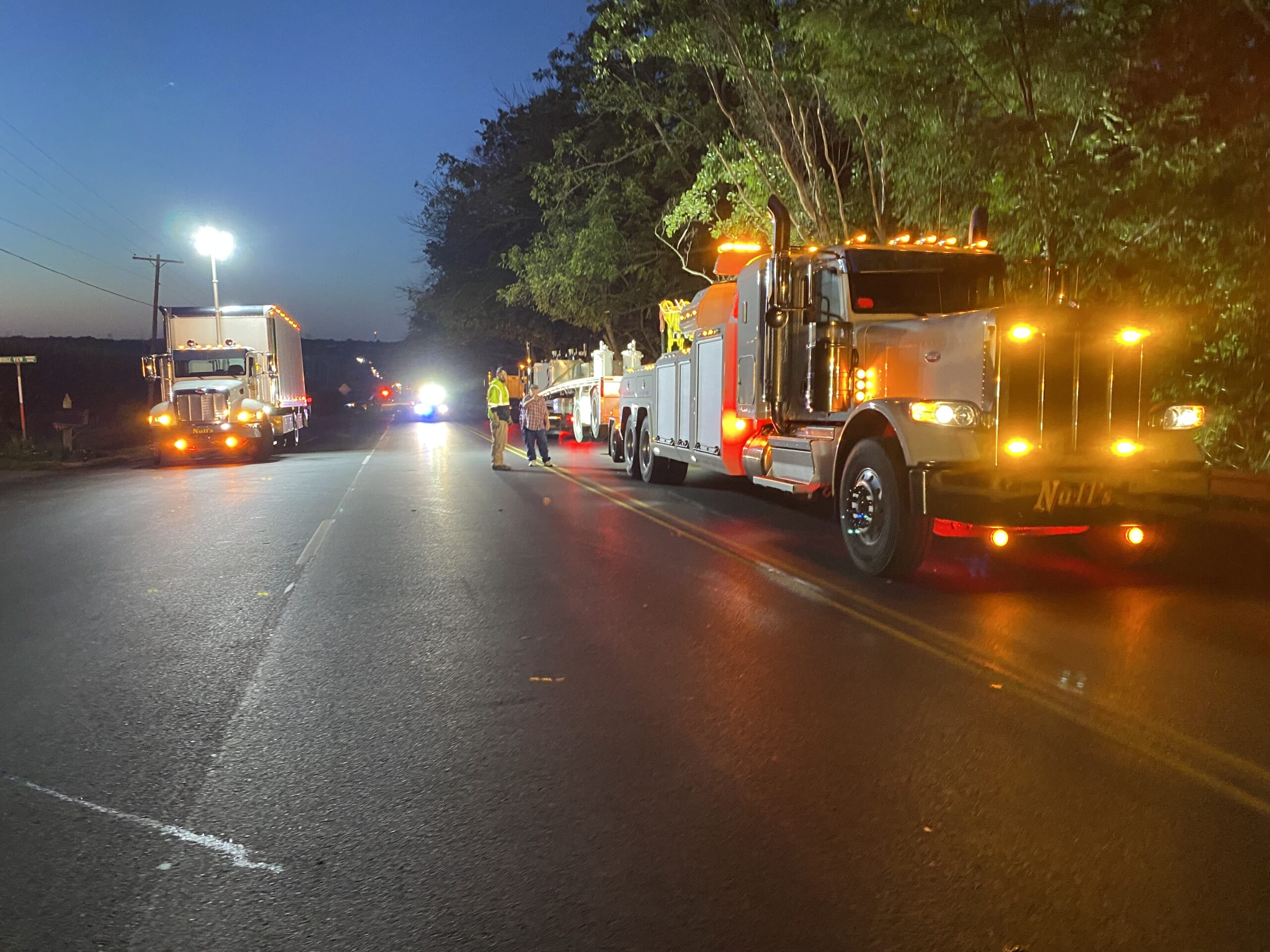 Contacted to respond to Route 41 and Ridge View Drive in West Fallowfield Township for an accident involving a tractor trailer and a sedan. We were advised that the trailer was damaged. And that there was a large debris field of parts from the involved vehicles.

Based upon the information we were given, we dispatched one of our heavy duty wreckers, a scene support truck, truck tractor, rollback for the car, and our skid steer loader with street sweeper attachment.

Upon arrival, the trailer was found to have a load of electrical transformers on it. The tractor trailer and the car were approximately 800′ apart with a large amount of vehicle parts littering the roadway. The trailer had damage to both axles. The car sustained major damage.

It was determined that to get the roadway re-opened as quickly as possible, the axles would be chained in place on the trailer. Our wrecker would hook to the back of the trailer and our tractor to the front of the trailer. The two trucks would then carry the trailer from the accident scene to our facility. One of the trucks would drive forward, the other would reverse.

One of our portable light towers was set-up to allow our operators to see and safely hook to the trailer in it’s damaged state.

The trailer with it’s load still on was transported from the accident scene to our facility. Once at our facility, we assisted with a DOT inspection of the unit. The damaged trailer and load were then placed in our secure storage yard.